Whiskey and Things Episode 6 - Shot of the Week 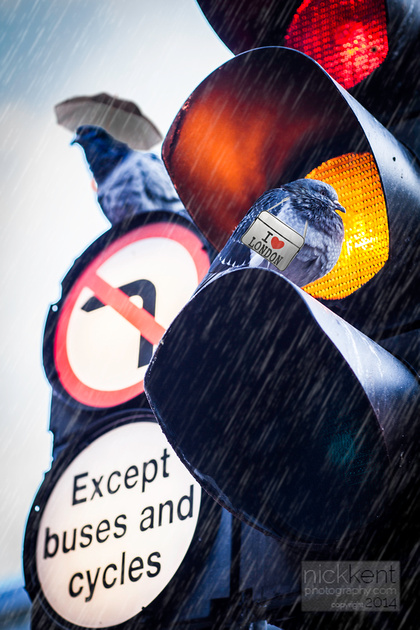 Quite a simple one this week for my 'Whiskey and Things - Shot of the Week' challenge which came from our viewer Mark, who asked me to photograph a Pigeon doing something touristy. An easy task you might think, but it seems it's not as easy as it sounds. I had an extra busy week and was only able to go searching for my Pigeon on one day, which of course was the day with the worst weather, roll on Summer. Since feeding these birds was outlawed, their numbers have dropped, and when it's raining they're very hard to find anywhere near any kind of landmark which could allow me to call it a tourist. After a while looking and walking a bunch I found these two guys perched on a traffic light on Oxford Street. Thankfully they stuck around for a few sequences of the lights which meant I was able to time my shot to have the amber light illuminated behind our star in the foreground.

As calling these Pigeons 'touristy' was a bit of a long shot I decided to make the image a little comedic and add an 'I love London' bag and an umbrella to the subjects, making out that they're typical visitors to our capital city, shopping and sheltering from the rain, pretty standard really. As the rain had stopped for a brief moment when I took this, I also added fake rain with Photoshop for extra authenticity.

Lens wise this week I went for my longest focal length so I could keep my distance which is an 85mm f1.2L which I had set at f2.8, ISO 250 at 250th of a second. Quite a standard shot polished up with some cheats, and why not. Log on next week for my version of 'The brightest thing I've ever seen'! Thanks.