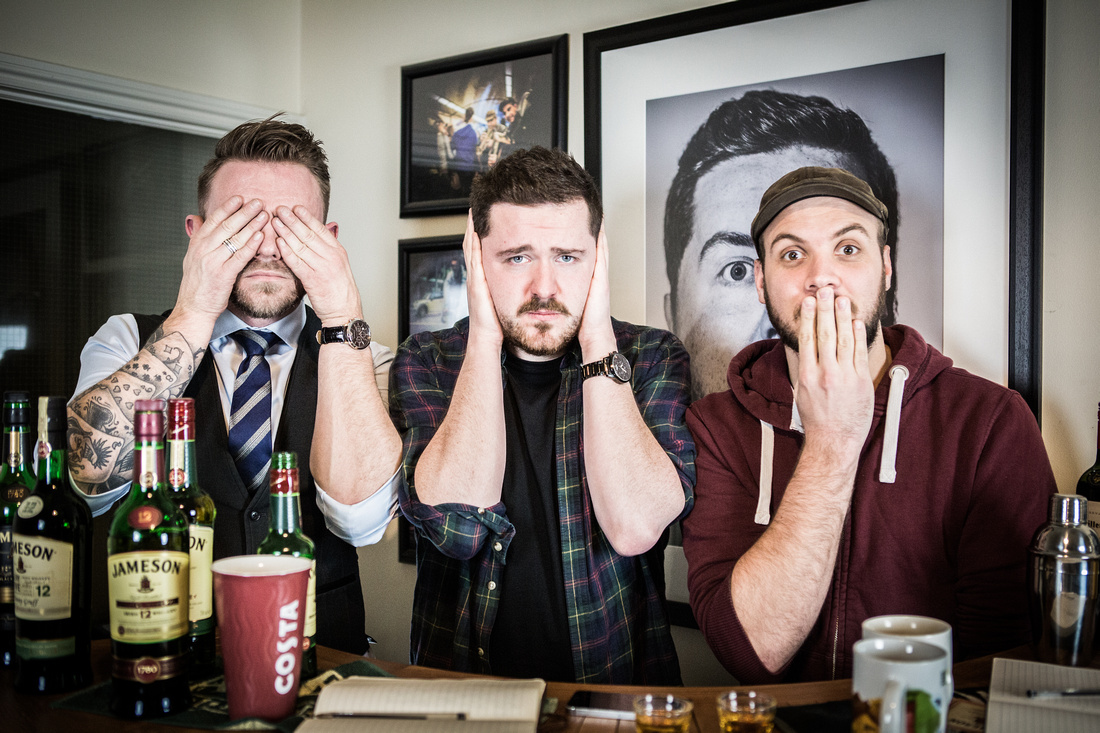 The At the beginning of 2015 a good friend of mine, Musician Danny Gruff set himself the challenge of writing, recording and releasing one new song every week for a whole year. Not only that but record a video for each one and post blogs about them, which I'm sure you'll agree is a mammoth task, 52 songs in one year. Well last week he achieved his goal and I've gotta say he released song epic tunes so well done to him.

Over the past year I've been involved in a few of Danny's releases, either when he's asked me to play some Bass, sing some backing vocals here and there or some weeks we'd collaborate on a music video. This is always a lot of fun and would love being asked, particularly if I loved the tune involved. Below are the three videos I fully shot and edited for him over the past year with a few details about each shoot.

The first video I helped Danny with was back in week 7 of 2015 which I believe was February time. Danny wrote a really beautiful sing about his Grandparents and asked me to help him set up a couple of cameras to shoot it. As we were setting up I asked Danny if I could fully shoot and edit the video because I really loved the song, he said yes and we shot this video in just two takes with a couple of lights. It's a very simple video which doesn't detract from the lyrics and I'm glad I could be a part of it.

Although I had cameos in several of Danny's other videos through the year, it wasn't until January 2016 that I fully shot and edited another one for him. At the beginning of his Challenge Danny posted a video online telling his follows that at some point over the next year he would probably shoot a video of his walking through a park, because that's what Singer Songwriters do...., well he waited until week 50 to do that which is pretty good going. Of course he couldn't do this himself so asked me if I'd help out. Now filming someone walking through a park sounds simple right? You'd think it is, but when you have to walk backwards for over 3 minutes trying to hold a camera steady, while focusing and walking to the pulse of the track in question, you'll be surprised how knackering and tough it is.

My main worry was camera shake, and I'm gonna hold my hands up and say, yeah it's not the best, it's pretty shaky. This was a no budget video so a steady cam rig wasn't an option, neither was correcting the shake using after effects because the lens flares would have been bouncing all over the shot anyway and would have effected the resolution. I tried constructing a homemade steady cam contraption, mounting the camera on a tripod which I them suspended around my neck using bungee cords, hoping these would act as shock absorbers keeping the camera a little smoother. This worked to a point, until about half way through the song where I couldn't keep up with Danny's walking pace and would have to run backwards to catch up. We hoped to shoot it in one take, but it proved to hard on my legs and neck with the weight of the rig hanging from my head.

Anyway, after I nearly had a heart attack filming this it came out ok. A little rough around the edges but what ever, It's a cool tune.

For week 51, with the end in sight, Danny asked myself and Dave Giles to help write a song about writers block. We had a little fun with the video re-enacting the writing session with myself playing a Barman....why not? We tried to get the whole thing in one take using three cameras and pretty much nailed...honest. The explosive, fire breathing entry I made wasn't planned at all. When I came to edit the video I tried a couple of things, messing around with fire effects and showed Danny for a laugh, who ended up liking them.... So I elaborated on them, adding flares and adjusting lighting, boosting exposures and adding burning embers to Danny's hair after I'd set his head on fire. It's extremely stupid and I'm not gonna sit here and say it's super realistic but it's fun to watch and was fun to make.
You can download any of Danny's songs through his band camp page and view all the videos on this You Tube channel.

To view more of the videos I've shot follow this link and if you have any questions at all please email me at via my contact page. I hope you enjoy this video, keep an eye out in the near future for more video related blogs.