Whiskey and Things Episode 10 - Shot of the Week 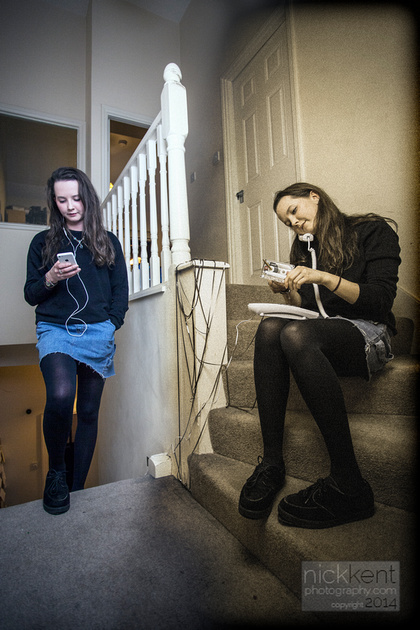 Photograph something from 'olden times' was the challenge set by Rebecca Humphreys, a viewer of my YouTube show 'Whiskey and Things' last week, and as you can expect, this is one that sent my mind racing. The possibilities for this brief are endless, I mean I have pretty much any moment or style from history to pull from and get inspired by.

The first thing that sprang to mind when I though of olden times with old photos on the walls of pubs (read into that what you want) of the local streets, with perhaps trams or horse and carts. Images of simpler times before the street became a carbon copy of every other main street in the UK. I thought about how I could recreate that and came to the conclusion that it was going to be tricky in the time frame I had.

I grew up in Kent, in a small town called Biggin Hill which during World War 2 was a major RAF base. Today the base is inactive but it displays life size fibre glass models of a Hurricane and a Spitfire out the front which you can walk around. I thought it might be cool to get up close to them and capture those in some way and make it look lie it's flying. Unfortunately I wasn't able to get back to Kent this weekend, but it got me thinking and I really want to look into that idea in the future, but for now had to think on.

The idea for the image you see on the left actually came from a simple conversation with my good friend Oscar when shock horror, we couldn't find anything decent to watch on TV while we were eating lunch. We did something crazy, we turned the TV off... now this sounds silly I know, but sadly in the age we live in, not having the TV on when eating a meal is pretty rare, which is sad. This got us thinking about things we used to do when we were younger as well as items we used to own and how much things have changed in a relatively short amount of time, at least it feels that way. We both had our phones on us and they got us thinking about how much freedom they've given us in terms of being able to communicate pretty much anywhere in the world and be able to access information at a moments notice. When I was a kid (put your violins away) we had one phone on our house and it was in the hallway, so everyone could hear it and use it, and our friends and family could only get hold of us when we were home... that sounds crazy now. What's also funny about that is, earlier on in this paragraph I mentioned that smart phones have given us freedom, but now, to be honest I sometimes find the times when I've forgotten or lost my phone the most free... no one can get hold of me, and I'm not constantly reaching for my phone for no reason, just to check Facebook or some other app, and I know I'm not the only one who feels this way.

Anyway, enough of the ranting, bottom line is, I thought it might make a pretty fun idea to show the differences of today and 20 years ago in an image. I bought a phone with a cord (a bargain at £4.28) and asked my friend Dani to help me out with the photograph. The thing with having one phone in the house which is on a cord, if you wanted any privacy at all you had to stretch the cord up the stairs and sit on the landing... standard, so I thought I would be cool to have Dani sitting there taking a call while a 'modern Dani' walks up with a modern phone, which she could easily take outside and anywhere she wants to go, completely free from the ball and chain of the corded phone. Of course another thing the smart phone does is play music so I threw in the 80's equivalent, a cassette (which took me an age to find in a shop) which had been unwound, a horrible event if it happened to your favourite album, so I handed Dani a pencil to see if she could work out how to rewind it... something we all had to learn.

In order to have two Dani's in this image I had to do a composite, which is actually pretty simple. I put the camera on a tripod and instead of using flashguns to light the shot I just used a couple of soft boxes so I could see any shadows which might later annoy me and keep each shot consistent, this would make it easier later to stitch them together. Once I had the shots I wanted, it was then just a task of importing them into photoshop and layering one on top of the other, and paint the top one out using a layer mask to reveal the image underneath, making sure I didn't cut off any important detail from an image image the unwound tape. I colour corrected each layer separately to give them a different look, the left hand side got a modern quite unedited look and the `olden times' on the right got an aged, grainy more worn out look. And that's pretty much it, simple pic but one which might bring back some memories from a few people. Thanks for reading, and be sure to check out this weeks 'Whiskey and Things' to see what I'll be delivering next week.

Have a great week.