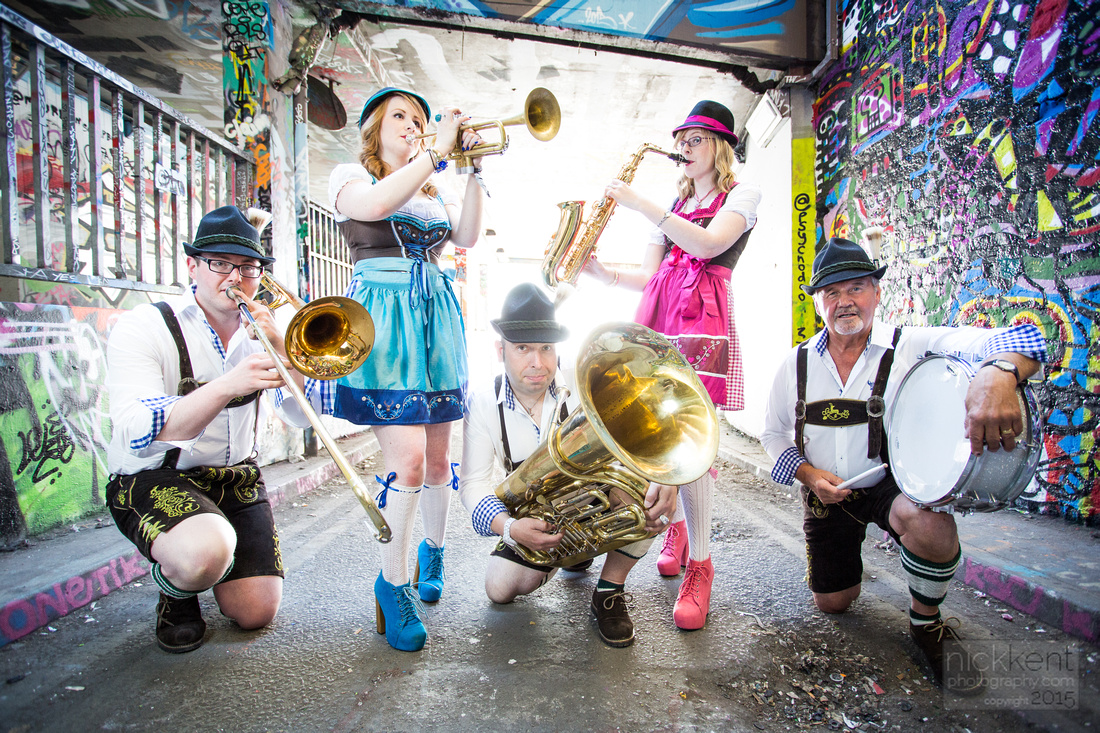 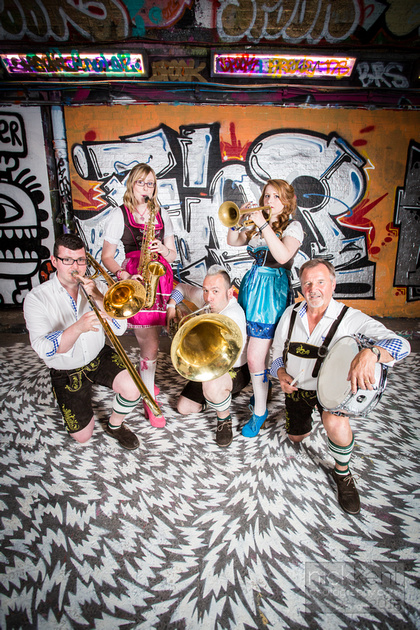 As we're now in October, there's a good chance you may be attending an Oktoberfest event somewhere, sinking those steins and scoffing bratwürst! Well a few months ago I got to photograph one of the bands who may end up entertaining you at such an event...

Back in July (where did the Summer go??) I was asked to photograph the 'Oompah Band' consisting of Geoff Moore, Karen O'Brien, Tony Howard, Sophia-Marie Smith and Haydn Leech, a London based band who travel all over the world entertaining at such Oktoberfest style events and venues. They were in need of new promo and website images and wanted colourful shots as well as something different from the standard setting such an act would normally be seen in, a pub or a stage, so suggested the Leake Street Tunnel under Waterloo Station. A tunnel famous for it's graffiti artwork and galleries.

We were very lucky photograph on a day when artist Mark Eley of the fashion and design company 'Eley Kishimoto' was literally finishing off his latest flash work on the floor of the tunnel for a 'Vans X EX Launch' in one of the galleries (which you can see in the images to the left and below). This was an amazing sight, great luck we rocked up that day, and it really added an extra element and dimension to some of the images. Really nice guy as well and had no problem with us using his new piece in the photos.

We did a number of different set ups trying to use all corners of the tunnel as well as using Speedlites and natural light to create some fun looks. As the tunnel is open to the public and is used as a short cut by many commuters, we did have some fun timing shots between the cyclists and walkers who would come steaming through our set up throughout the day... So I thought I would just take their photo as well, hoping they wouldn't fall of their bikes after being blinded by my Speedlites I had set up. (one kid did get caught by surprise and knocked over my flash stand... my bad, lesson learned there)

As well as using the colourful and busy backgrounds of the tunnel, the band also wanted some individual photos shot against a white background. We were able to get these shots as well using a portable pop up white background I'd brought with me.... very handy, no second location needed.

All in all it was a fun shoot with a great bunch of people and we got some fun and interesting images. Be sure to go find out more about Oompah Band, you can find information on their Facebook page as well as their website www.oompahband.co.uk 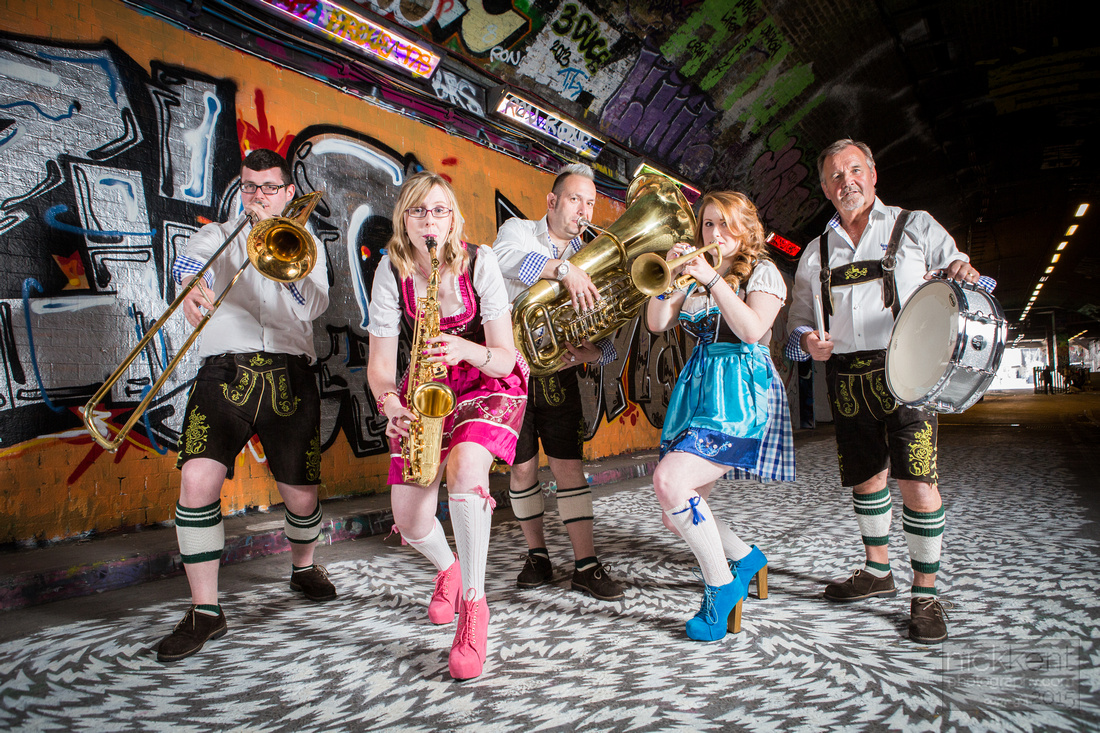 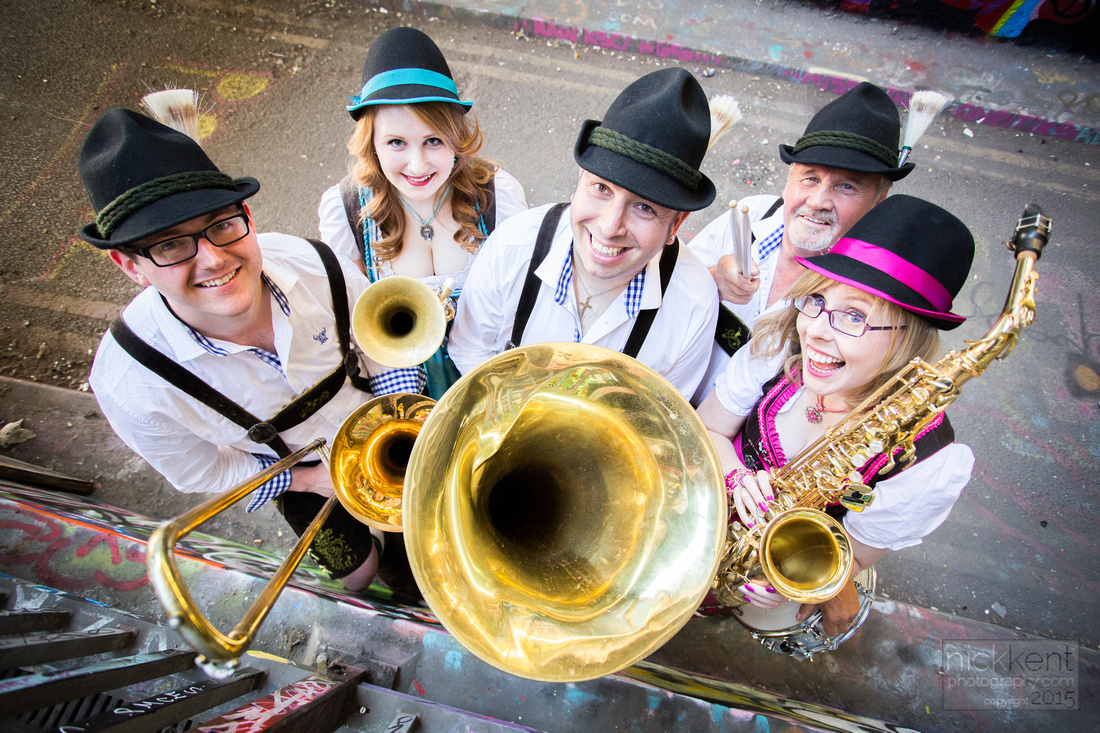 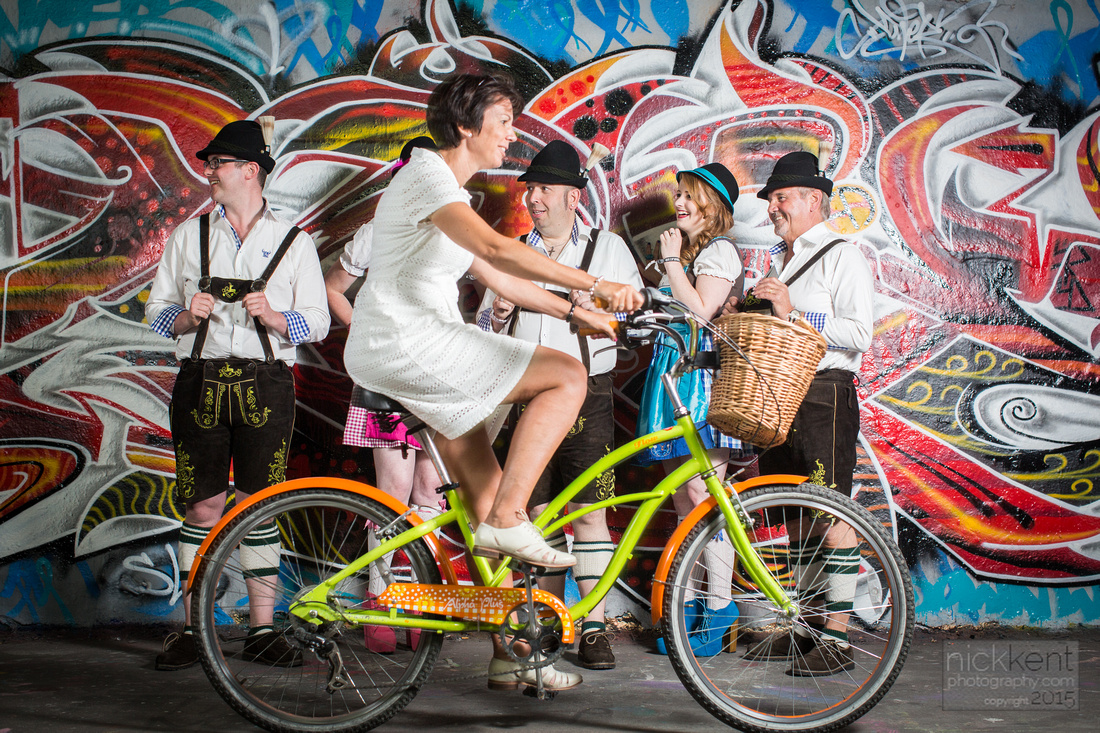 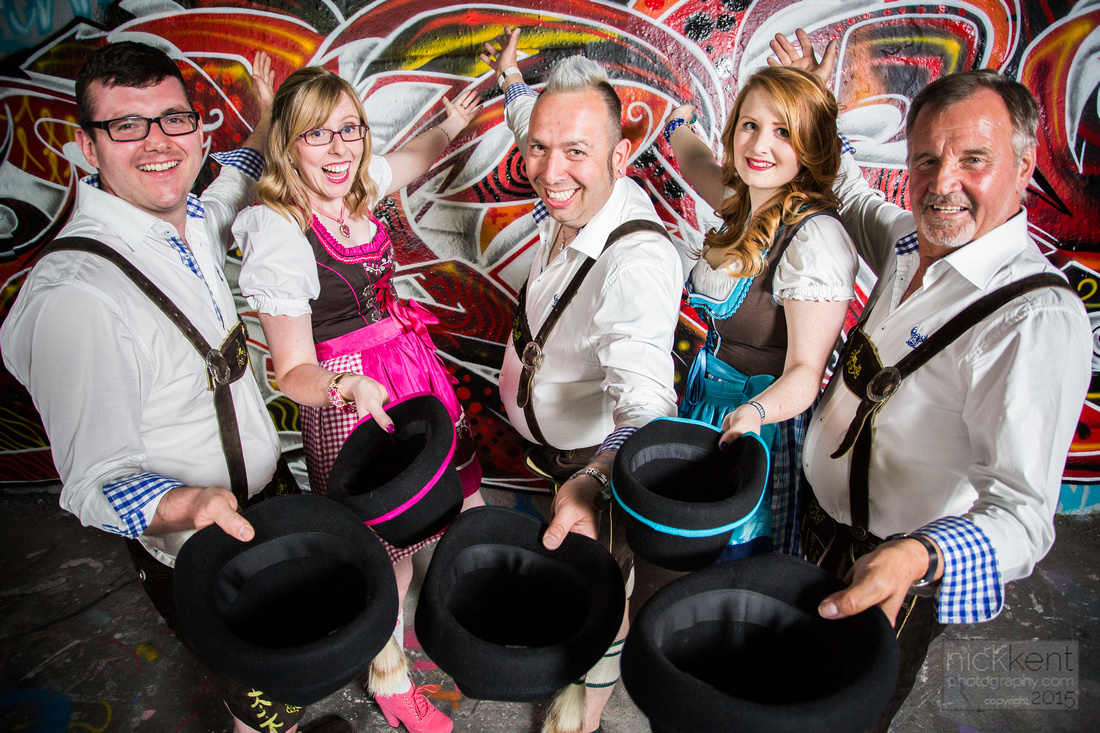 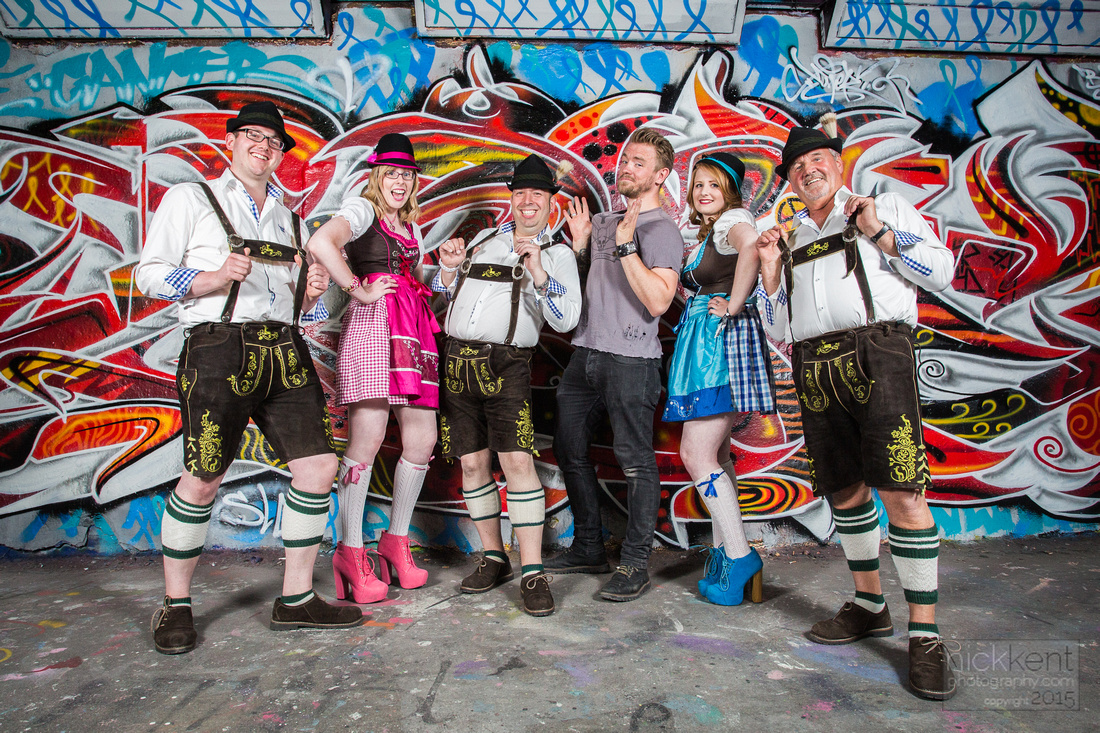