Whiskey and Things Episode 5 - Shot of The Week 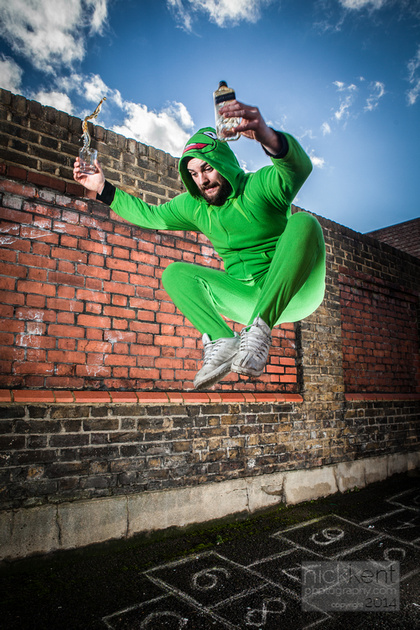 So my latest 'Whiskey and Things - Shot of the Week' challenge came in the form of a poem, which was a nice change and also allowed my extra room for interpretation. Chris, a regular viewer wrote;

The last challenge I raised was cruelly refused, The Cup of Tea was never infused, So here is a new one you should not decline, For this is a Challenge wonderfully fine. Here then the challenge, a relevant theme, A little more risky than it may first seem, For arrests have been made of players before, Who gave it a go, for breaking the law. An ancient game, one for the feet, HopSCOTCH surely cannot defeat, Dave and Nick, but chalkers beware, The plodders may do much more than stare.

So, a game of Hopscotch is the subject, but who would be playing? Would the police, or plodders be involved?… that could be fun. I know it had to involve the player holding a glass of Scotch Whiskey, that had to be done and why not include the bottle (even if I ended up using apple juice to save money… and Whiskey, I'm not that silly.)

I wanted to do something a little more technically challenging this week, as the last couple of weeks have been pretty standard point and shoot images using a wide angle lens, which was perfect for those subjects, but I felt like having a little more fun. As Hopscotch involves the player jumping and a lot of movement, I could go one of two ways, capture a frozen moment in time, crisp as if I've paused time itself, or have fun with some longer shutter times capturing blur. My first attempt what the latter. 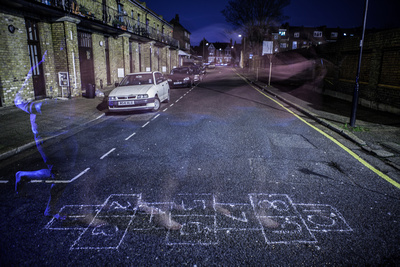 My 'Hopper' for my first attempt was my good friend and co-host Mr Dave Giles so we got our chalk out and started drawing. I was trying to use a long shutter time to capture the blur of Dave's hopping and then using off-camera flash, illuminate him at one end capturing a more defined 'Dave'. I wanted to shoot this at night, so the low light levels could allow me to have the shutter open longer without over exposing the shot. I had a couple of test shots at this, but before I could start tweaking settings and actually get close to a photo that I could be proud of, the heavens opened and stopped shooting (as you might have seen on this weeks episode), washing away our Hopscotch and making a barefoot Mr Giles extremely cold. Shoot over.

This shoot needed rethinking. I really wanted to capture the 'Whiskey' flying out of the glass as my subject hopped, and that was going to be hard using the technique I tried with Dave, so I decided to go with the 'freezing a moment in time' option rather than a ghostly blur, as I was running out of time and the weather was being as unpredictable as ever. This being the case, I also decided to shoot without drawing the Hopscotch, and Photoshop it in afterwards, removing the risk off spending hours drawing one only for it to be destroyed again, but adding crushed pieces of chalked to the pavement would help the realism of the 'cheat'.

On Monday as soon as I saw a gap in the clouds I asked my buddy Oscar to help me out as 'Hopper number 2' and he came up with the genius idea of wearing a 'Kermit the Frog Onesie' (Yes, a housemate of ours has one, and no, it's a guy, naming no-one, although wasn't the guy on the tube with the Ducks a couple of weeks ago a gentleman for helping me out!)… anyway, having Kermit the Frog 'Hopping' was perfect.

This attempt I was going to shoot in daylight, again using two off-camera strobe flashes triggered by infa-red as well as a polarising filter so I could control the exposure of the sky easier as I wanted it to pop nice and blue behind the greens of Kermit and the nice reds of the brick wall I'd decided to shoot against. After some experimenting with flash settings and aperture, we had our set up, all that was needed now was a perfect hop from Oscar, getting as high as he could and flinging the 'whiskey' out the glass at just the right time. We had some great efforts but it was when we down to our last glass,  Oscar proved that white men can jump, leaping into the air and flinging his fluid perfectly to give you the image you see at the top of this page. Love it!

The lens I used for this was my 24-70mm 2.8L all the way out at 24mm, set at f7.1 to get a nice crisp focus and I had the camera at ISO 320 with a 200th sec shutter speed which is the fastest the Canon 5Dmk2 allows when using flash. I used two off-camera flash guns on stands both with flash benders.

So this shot was a little bit more if a challenge than past weeks but I think this shot is one of my favourites so far. Keep your suggestions coming in, I love hearing them and they really make me think about my photography, which is one of the reasons I started this in the first place. Thank you so much. Catch more about our failed attempt on this weeks 'Whiskey and Things' as well as hearing what I've decided to shoot for next week.

I hope you like this shot Chris, thanks for the challenge, as you can see from this final image, Oscar enjoyed it very much. 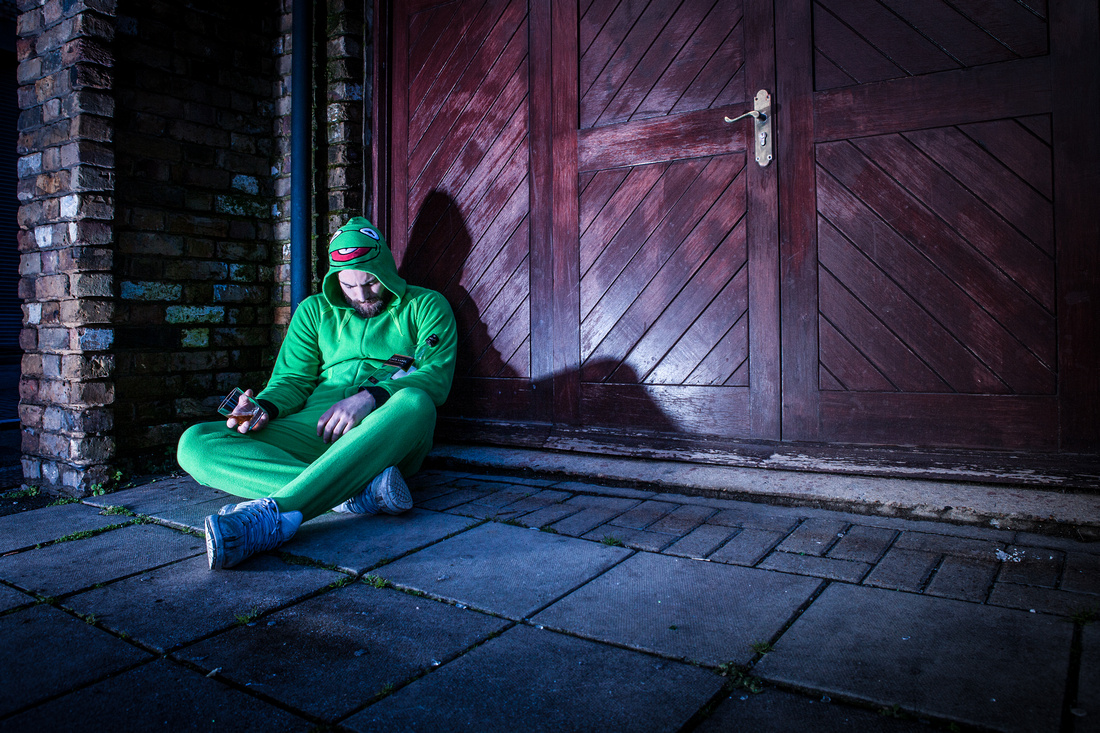