Whiskey and Things Episode 4 - Shot of the Week

So during the third episode of my web series 'Whiskey and Things' with Dave Giles and myself, I was set the challenged by a viewer to photograph 'a million of something', and I have to say it was a lot harder than I thought it was going to be. My first thoughts were the obvious ones, grains of sand, stars in the sky, cells in a hand etc, but I didn't want to go down that microscopic route so I started looking in different areas. I started researching London's bridges to find out how many rivets or light bulbs they had been constructed with, but no joy, no number with more than four or five zeros. I tried to find out how many gallons of water rush through the Thames Barrier every second in the hope that I might come up with my 'Magic Million', but I couldn't find the facts to back it up. Then I remembered an episode of BBC's Top Gear I had watched a while back which mentioned that that the Bugatti Veyron was worth a cool million quid to manufacture, but they sold it for around £750 grand at the time making a loss on every one. A million…. pounds, in car form, that was good enough for me. 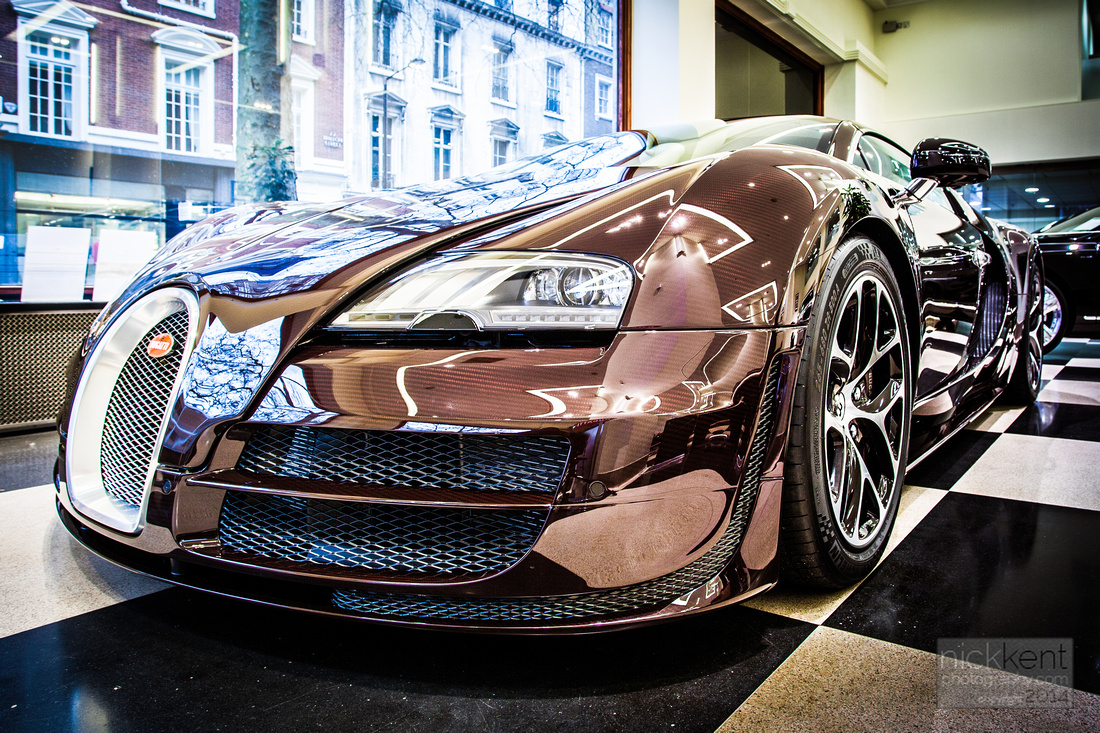 So, where to find an Veyron? Well I'm not really going to find one in Shepherd's Bush so I had to look further afield. As a freelance photographer, I'm lucky enough to be able to do a wide range of jobs, one of which is shooting property around Mayfair. Now, as much as you might like to think that Bugatti's are parked up outside every Tesco Express in that part of town, sadly that's not the case, but I know I'd seen one before in a show room on Berkeley Square, so I decided I was going to try my luck by just walking in off the street and asking to photograph their 1.8 Million Euro Hyper Car. The showroom in question was Jack Barclay, a Bentley dealership and I payed them a visit on a day when I was shooting property jobs which I always like to wear a suit for (thought it would help my cause). I entered the dealership and explained to the nice lady on the front desk about our show and my challenge and she wonderful enough to give me full freedom to photograph the car. My Dad always told me, 'You don't ask, you don't get', and that was very true in this case, so thank you to Jack Barclay Bentley for allowing me such wonderful access.

I shot the car using a tripod just so I could keep the ISO low meaning a longer shutter time. I got nice and low on the main shot making the car look grand and it also helped show the wheels off nicely. The angle I captured the Veyron at meant I got a nice reflection of the street outside on the bonnet meaning it almost looks mirrored, such was the incredible shine of the paint job, which I loved because you could see the awesome Carbon Fibre through the lacquer. Lens wise, because it was a tight space and I wanted to get quite close, I went for the 17-40mm f4L again (I'll use a different lens next week I promise). My settings for the main shot were ISO 100 at f7.1 (I wanted all the car in focus) with a shutter time of 0.4 seconds and the lens wide open at 19mm. I didn't alter much in post, but I did have the varied white balance to work with, because of the strong warm/yellow lights of the show room and the cool/blue light of the street outside the window, there was a distinct difference so I tried to mix them up a bit and have some fun playing with some filters to even up the image. I'm pleased with this shot, but I would be great to shoot it outside the showroom on the open road. One day.

To find out what I've been challenged to photograph next week, be sure to watch the latest episode of 'Whiskey and Things'….(It's quite a long), it's gonna be a fun one which I'm gonna need some help on with some buddies, so be sure to log on next week to find out how I got on. Thanks for reading. Nick. 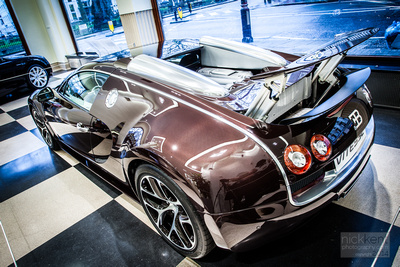 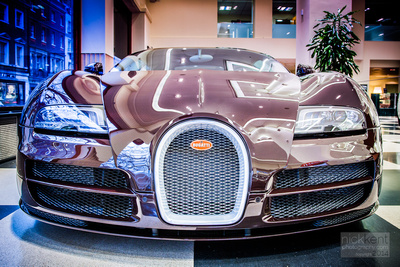 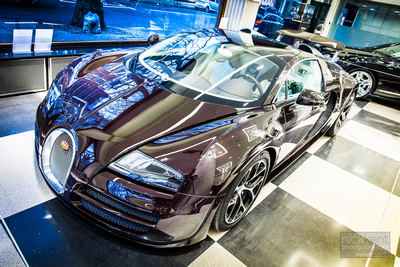 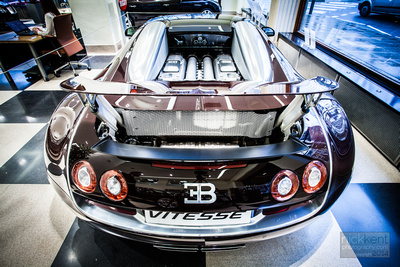