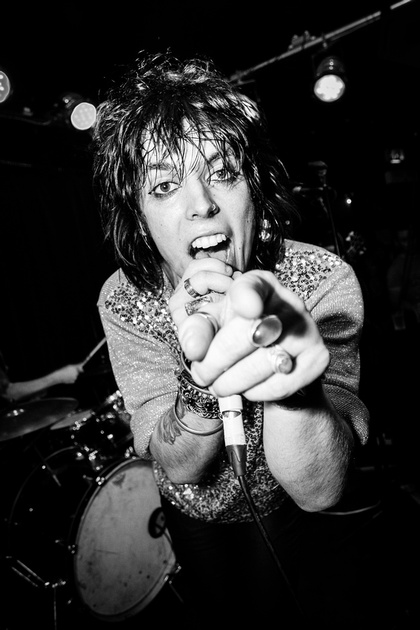 A few weeks ago I was lucky enough to travel around the UK with Dave Giles, Bribry and Danny Gruff on the Upload Live 'Insert Your Own Punchline Tour', taking photographs, shooting video and generally helping out. I came away from the tour with some great memories, one of which being the pre-show warm ups when the guys would stick on their favourite tunes to entertain the VIPs and get pumped up for the show.. Bribry's choice every night caught everyones ear, a song called 'It could have been me'... by The Struts.

As soon as the tour was over I made an effort to look these guys up and saw they had a show soon at The Monarch in Camden, so dropped them a message asking if it was cool to shoot the show. I wanted to see if these guys were as good as they sound on record, and especially if frontman Luke Spiller could deliver his impressive vocal range for a full set.. I'm very happy to say that he hit every note, all night, and sounded incredible.

A great voice grabs peoples attention, but it takes a great collective band to keep a room full of punters dancing and catchy tunes to stick in your head long after your ears stop ringing, and with Gethin Davies (Drums), Jed Elliott (Bass) and Addo Slack (Guitar) there was no danger of anyone wanting to slip out and catch the early train. Well structured set, tight as, and entertaining from start to finish.

The guys were putting on the show to raise money for the Teenage Cancer Trust and selling roses to the crowd as they walked in the venue for a pound each, most of which ended up on the stage (at least in petal form) by the end of their self labeled set of 'Glamourous Indie Rock'.

To photograph they were a joy, each 'Strut' keeping me on my toes through out the set. Out of the four lenses I had with me I only used the 50mm which I actually shot at f1.2 seeing as they weren't the brightest stage lights in the world, and the 17-40mm f4 with help of a little flash. To their credit the band didn't mind me getting up close and personal a few times with the wide angle all the way out at 17mm, which meant I was able to get some shots that I felt really captured the intimacy of the show. I tried to get the shot and get out of the way as soon as I could, no one likes getting a few flashes to the face when they're performing, but it meant I was able to get shots like the one you see at the top of this page. A great image of Luke pointing right down the camera.. Love it. That's going straight in the Live Music Portfolio.

I do wish I had cracked out the 85mm to get a closer shot of Gethin on the drums, but I'd read that the rose's were going to end up on stage at the end of the show, so wanted to make sure I had the wide angle to catch the moment, and the 85mm would have been far to close to shot any of the other guys, seeing as the bar was packed, I guess I'll have to get that in the new year at their next show.

In all an amazing show which I know a few of my mates (Dave Giles and Bribry) wish they could have attended.. well, they'll have to wait until Feb 6th when they'll be playing seconds up the road from The Monarch at The Barfly. Be sure to log onto www.thestruts.com for info on tickets and to also check out their video for 'It could have been me'.

To view my full gallery from the night click here - The Struts, The Monarch, Camden - Dec 4th 2013 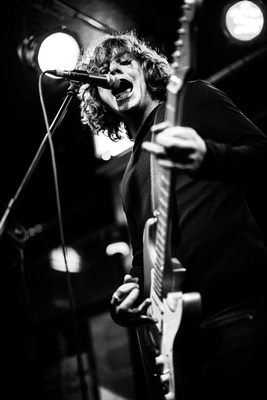 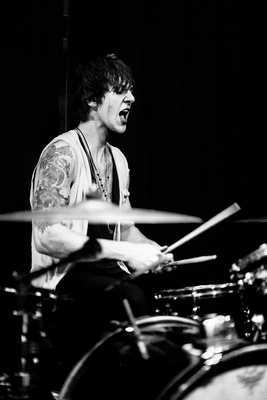 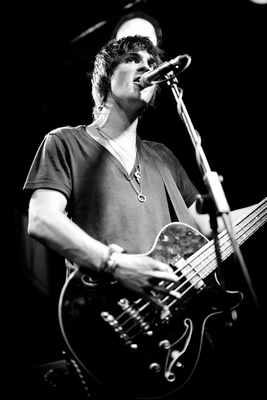 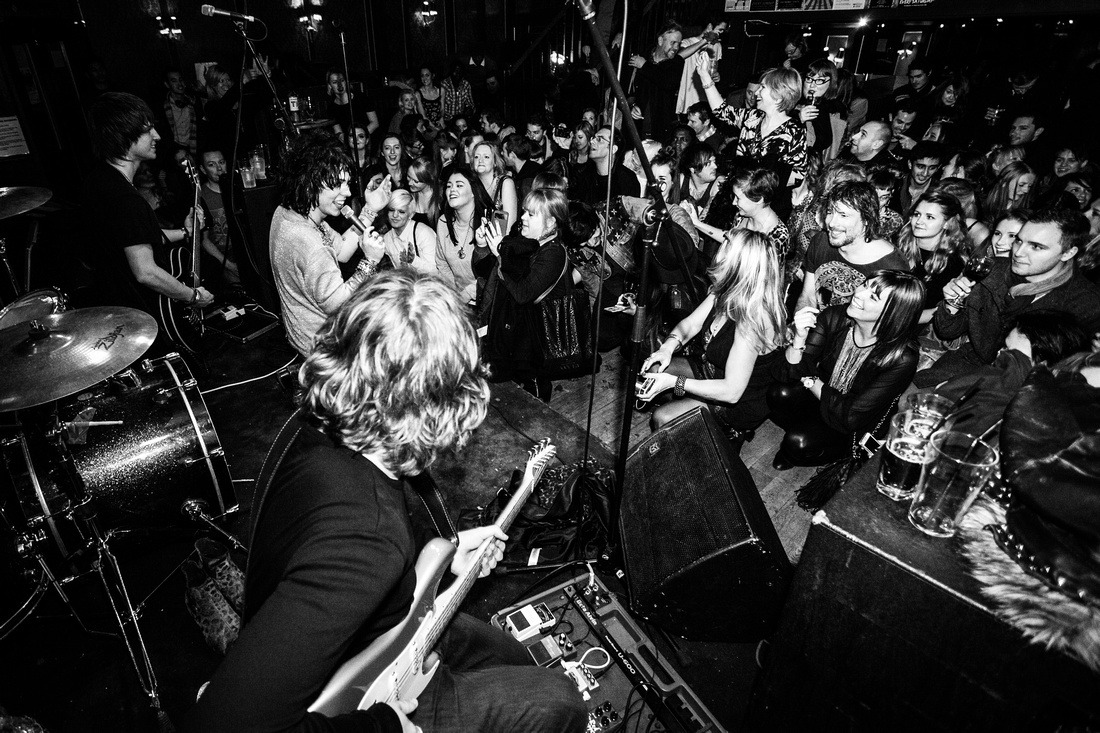